I picked up this amp over on the madbean forum to use for practice and recording.

From my research it was made in Japan by Teisco in the late 1950s or early 1960s. It was branded either Teisco, Melody, or Beltone. The cabinet is simple homemade plywood since the original cardboard cabinet was water damaged beyond repair.

There are a lot of similar looking amps from this time period using the same transformers but with various tubes, speakers, inputs, and controls. This amp has a 6X4 rectifier, 2x 6AV6 tubes for the preamp, and a single 6AR5 power tube. The first gain stage is grid leak biased which you don’t see too often either. I traced the circuit out since this amp doesn’t exactly match any models I found online, but it seems close to a Teisco Model 15 or Model 30.

The speaker cone was completely torn around the rim so I decided to test out the fabled toilet paper and Sureflex adhesive repair method. To my surprise it worked out very well and still sounds good. So far, the repair has held up.  -SOLD- 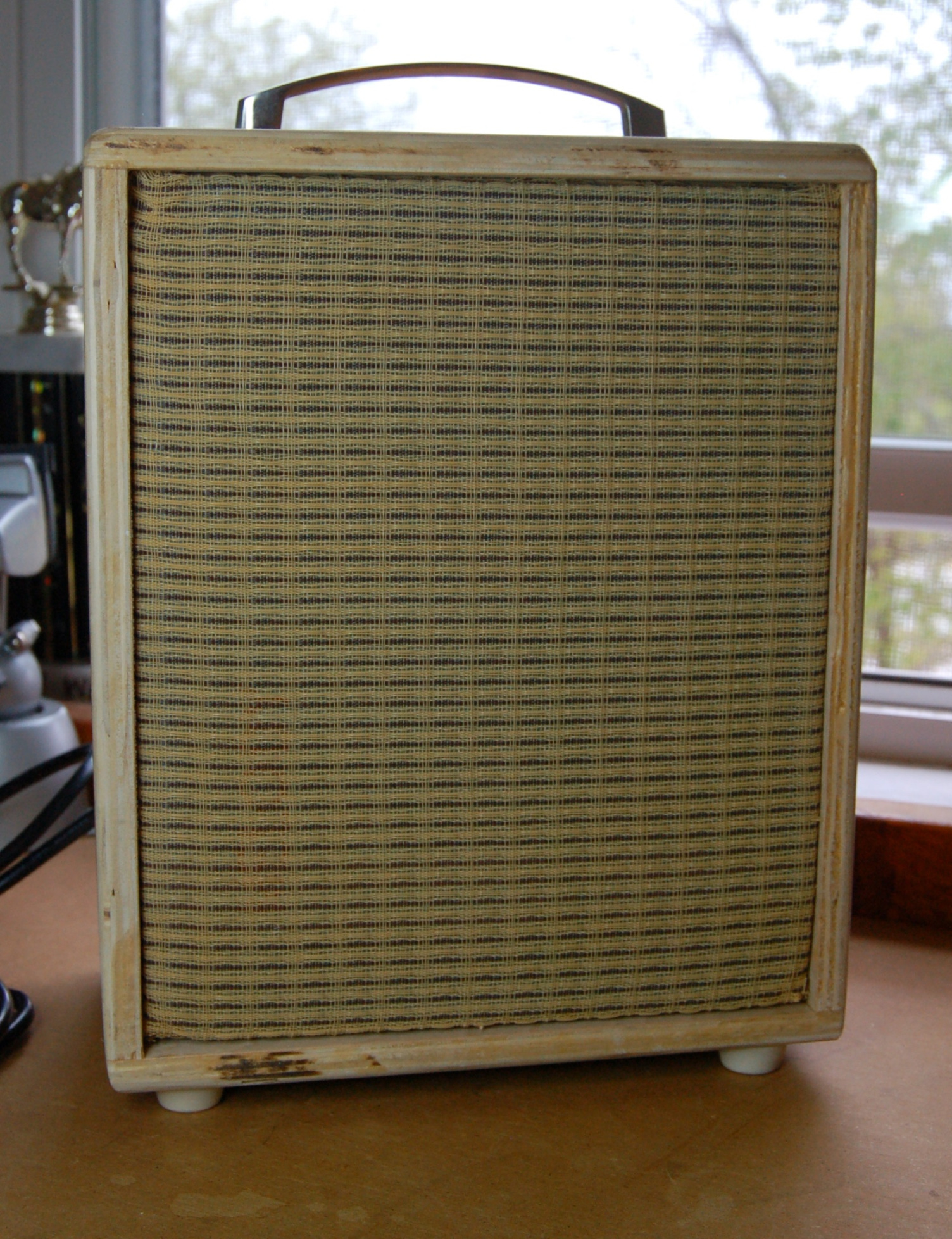 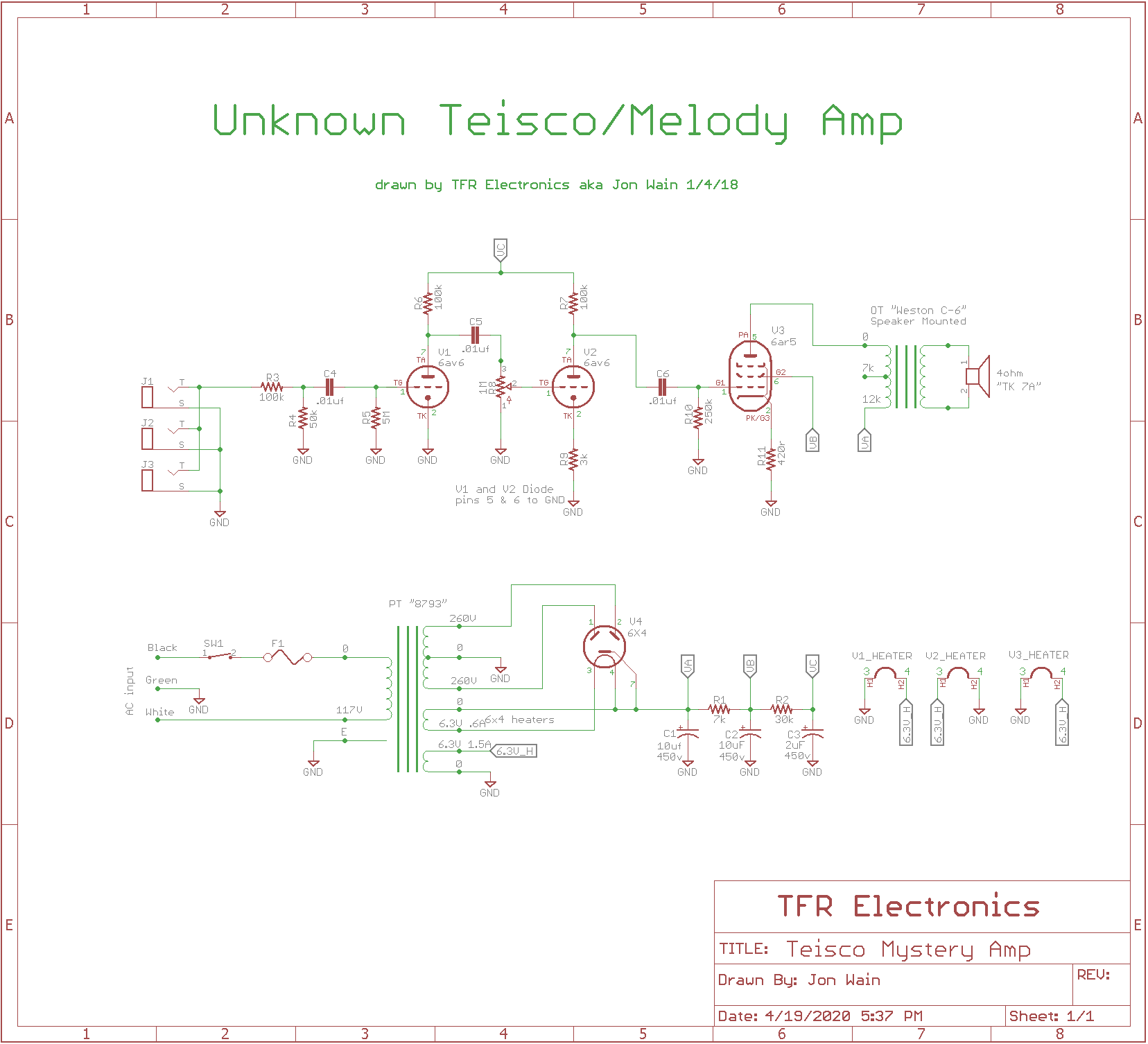 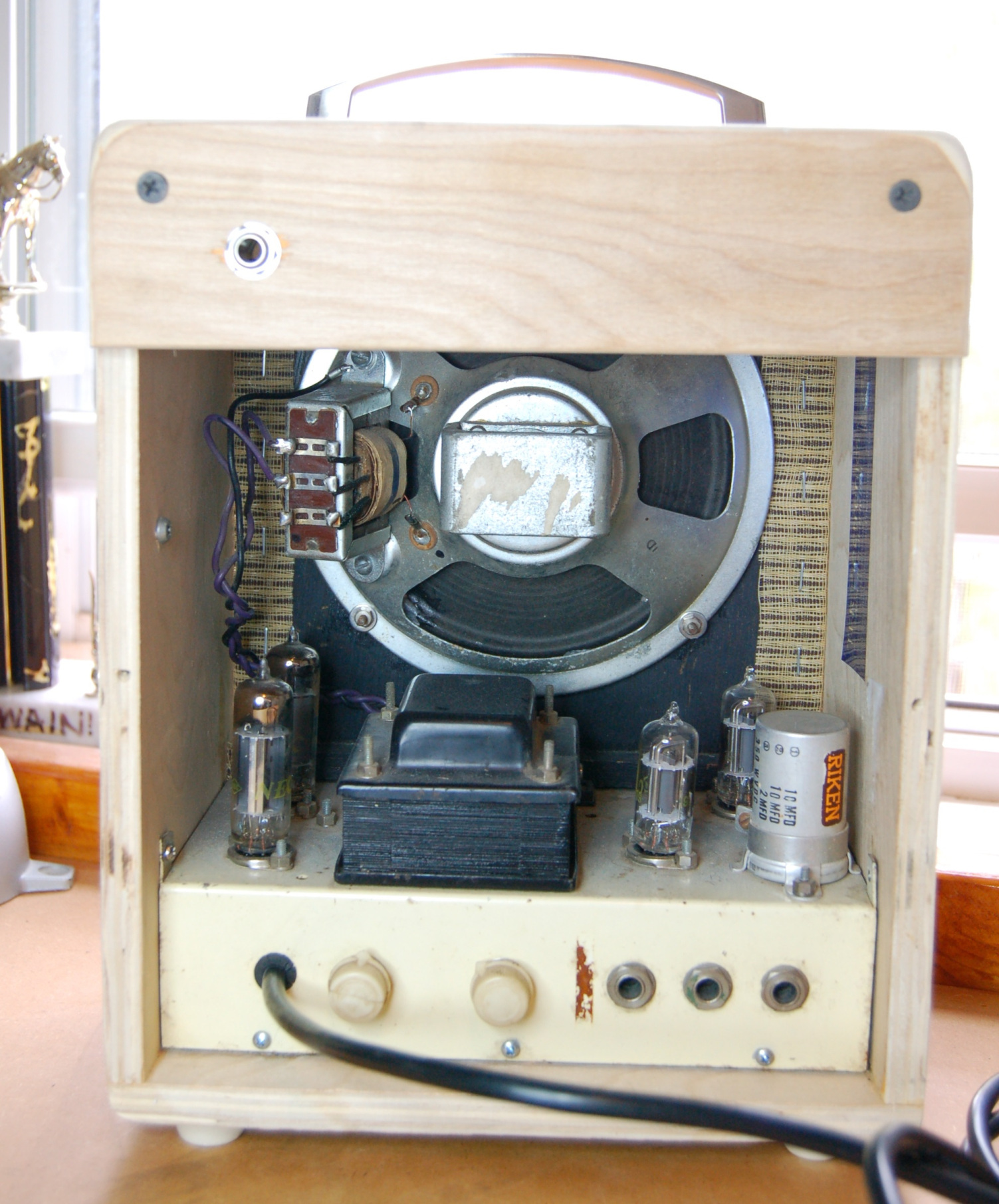