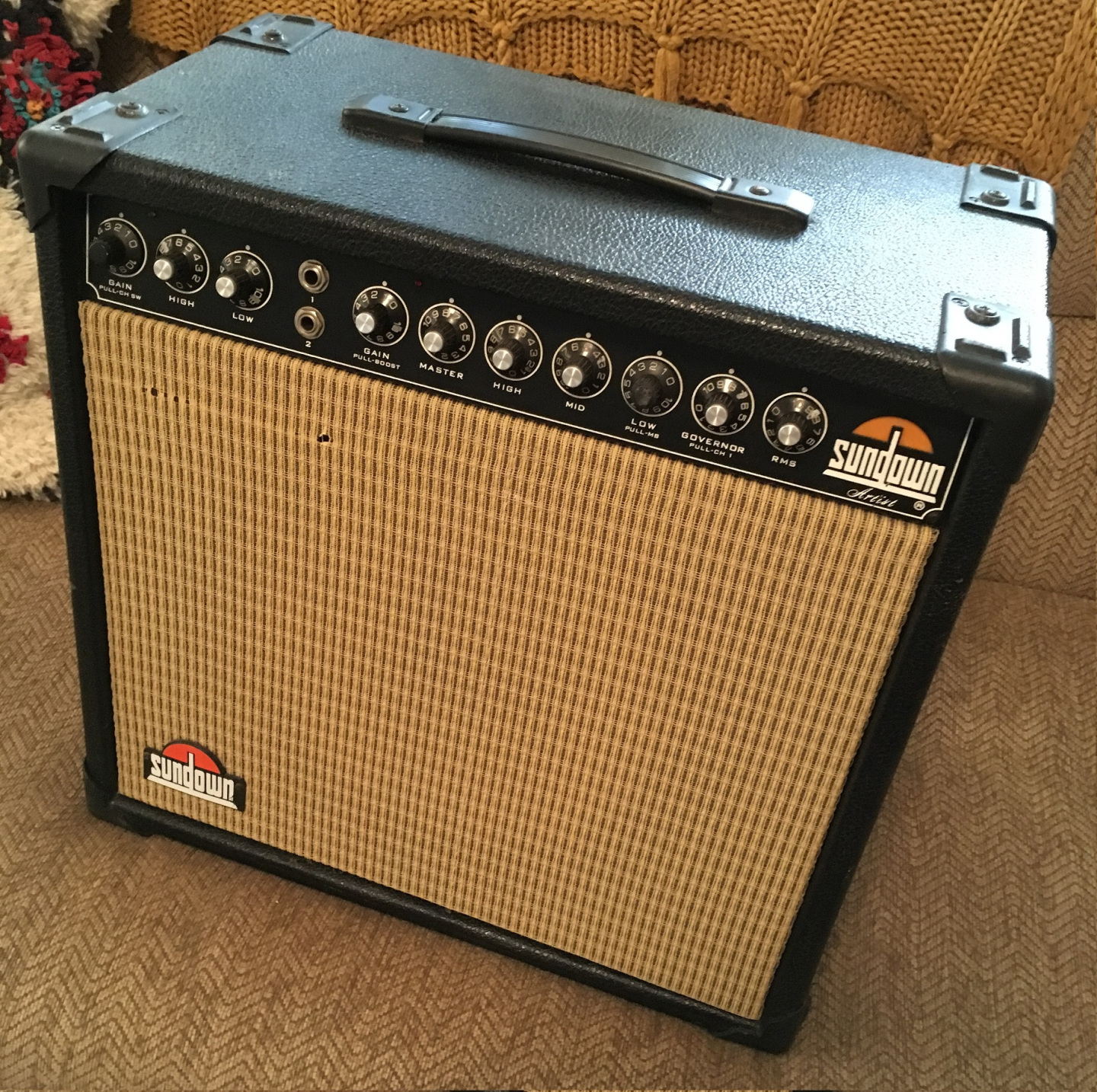 As I mention in the section on Pignose G40V mods both these amps were designed by the well-respected Dennis Kager.  The Pignose G40 and G60 being very similiar to the distortion channel from this amp with the bells and whistles stripped out.  Among it's unique features The Sundown Artist is actually the first "true" channel switching guitar amp.  Other designs at the time layered/added additonal gain stages while this amp switches to a different signal path between the 1st gain stage and the PI.  Dennis Kager apparently even got a patent on it.  Designed for the times however the distortion channel on this amp is very 80's sounding to me.  I wanted to tone it down a bit which is what my mods aim for.  I wouldn't have changed the amp so much but I got it for $100 in rough shape; no tubes, no speaker, and some gnarly water damage + mold on the cabinet.  I cleaned it up but I plan to build an all wood cabinet at some point.

Jan 2022 Update: I added voltages to the schematic, moved the clean channel tonestack to after V1a,

and added a voltage divider to cut signal between V3b and V4a on the distortion channel. I also changed the speaker to an Eminence tonkerlite to save a couple pounds.

Mar 2021 Update:  Corrected the OEM schematic based on some differences I noticed in my amp. I also changed my mind on some of the mods I tried out and have put the amp back towards stock/standard Bassman/JCM800 ish type values.  Schematic and list below are updated. 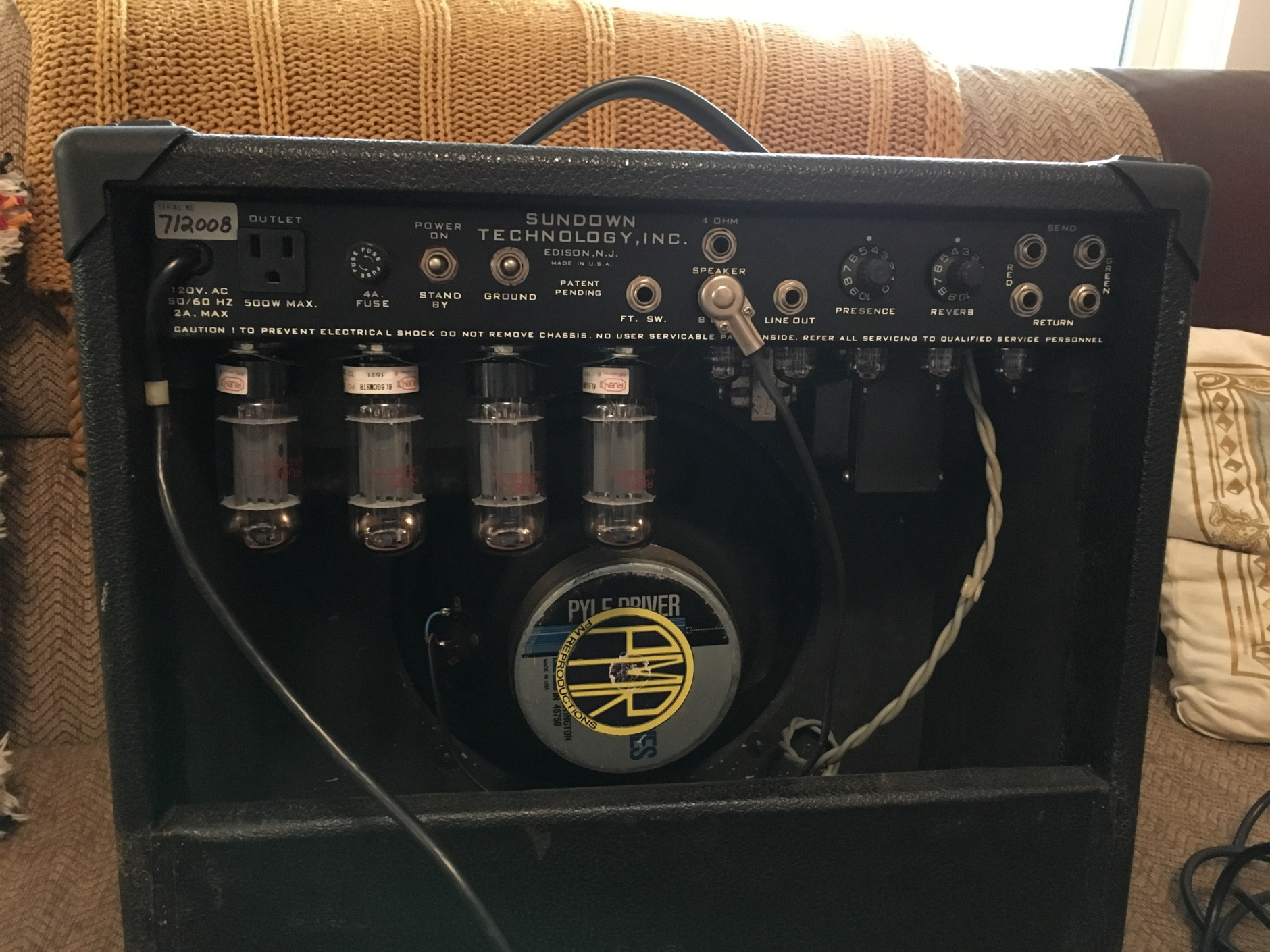 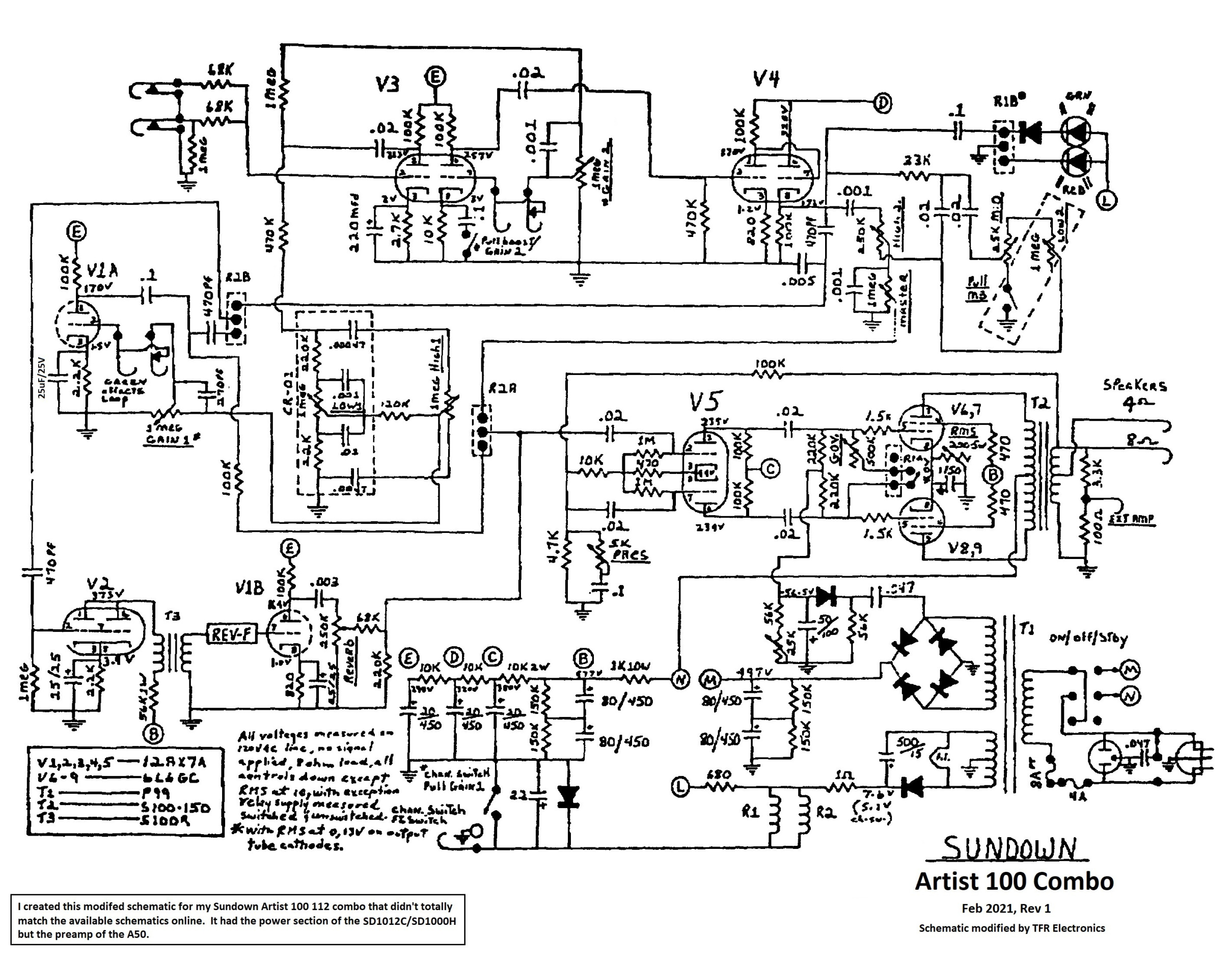 Here’s a list of modifications I’ve settled on for my Sundown. 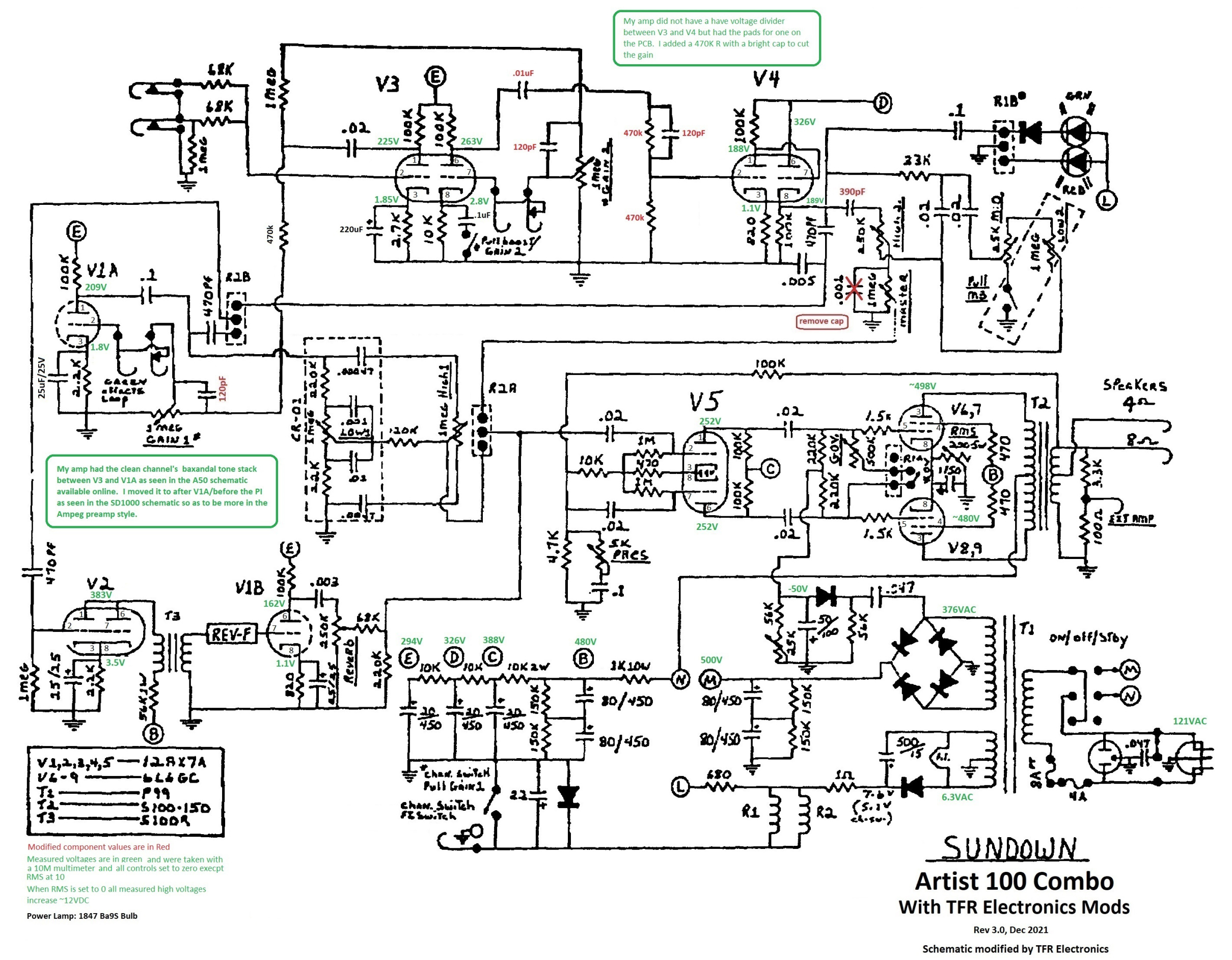