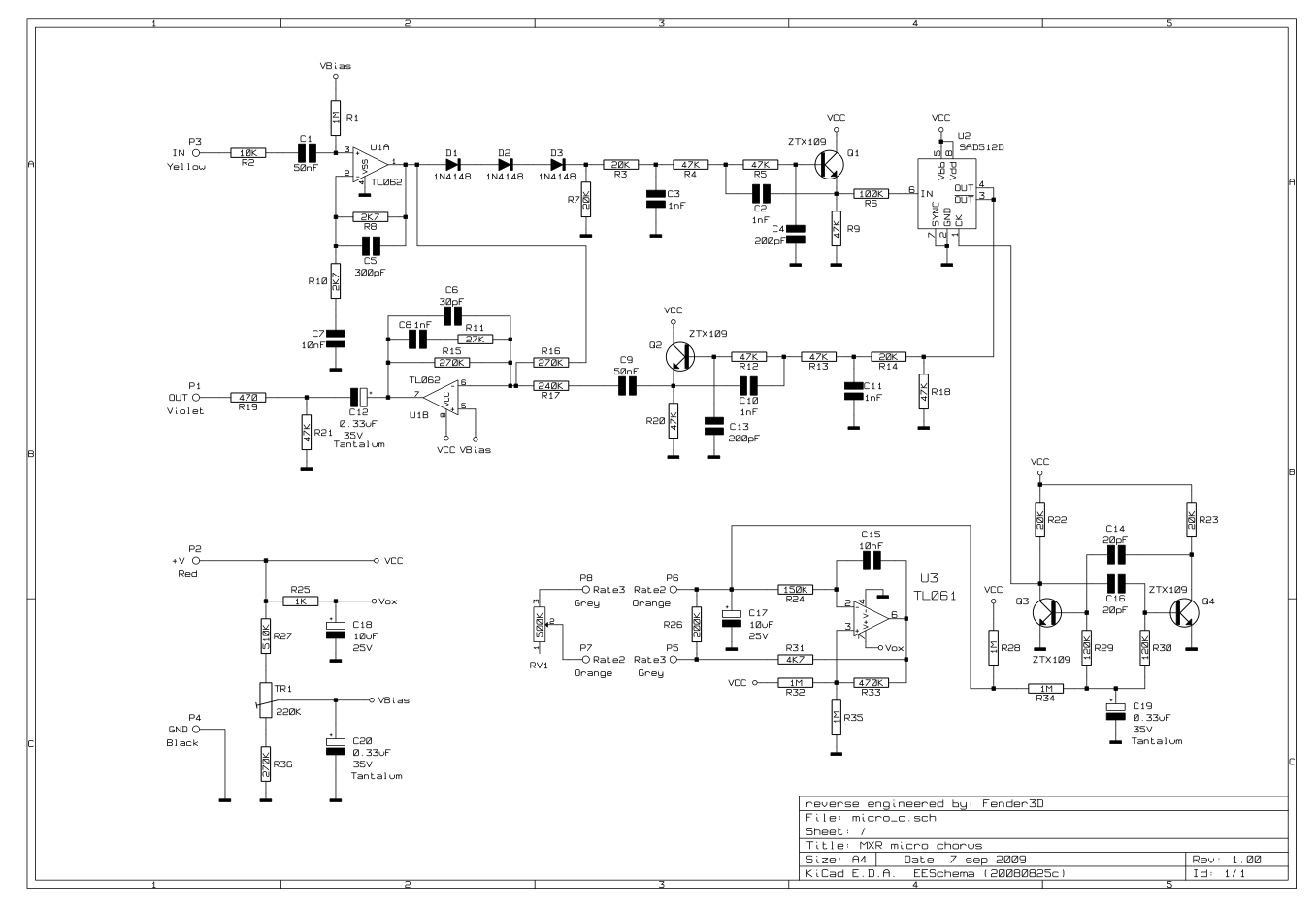 I'm not a big chorus pedal person but when an acquaintance of mine wanted someone to repair his  early 80's Mico Chorus I thought it could be a fun learning experience.  For better or worse some simple testing showed the Bucket Brigade Delay chip had died.  The Micro Chorus from this time period uses the long out of production Reticon SAD512D chip.  These can be hard to find for under $40 now so we decided I'd go about frankensteining the pedal to work with an easily available modern version of Panasonic's MN3207.  The pinouts of the two chips aren't the same and I wanted to leave the PCB as original as possible so an adapter board was the way to go.  Another issue is that the mn3207 has twice as many delay stages as the SAD512 so to get the same delay time double the clock frequency is need.  The Micro Chorus uses a simple transistor astable multivibrator that is modulated by an LFO as the clock.  This type of oscillator can't drive a very heavy load and the MN series BBD chips have a very high capacitance clock input ( 700pF).  So another clock method or a buffer for the astable is needed.  I decided just bypass the astable entirely and use the stock LFO to modulate a MN3102 which will provide the clock.  The MN3201 is designed as a clock driver for the MN3xxx series BBDs so it wouldn't pose too many difficulties. The below schematic is the design I ended up settling on.  The LFO needed a buffer to modulate the clock properly so I used a simple mosfet buffer (the particular transistor isn't important).  You could probably skip the output mix trimpot and even the bias trimpot too if you removed the series diodes earlier in the circuit to set the bias voltage. 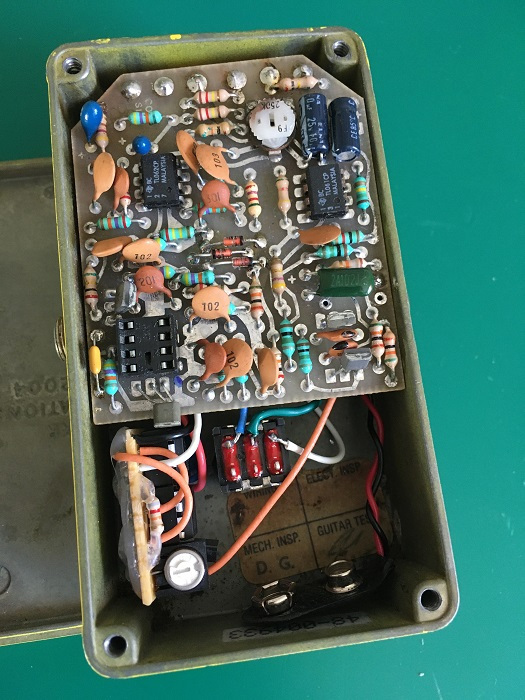 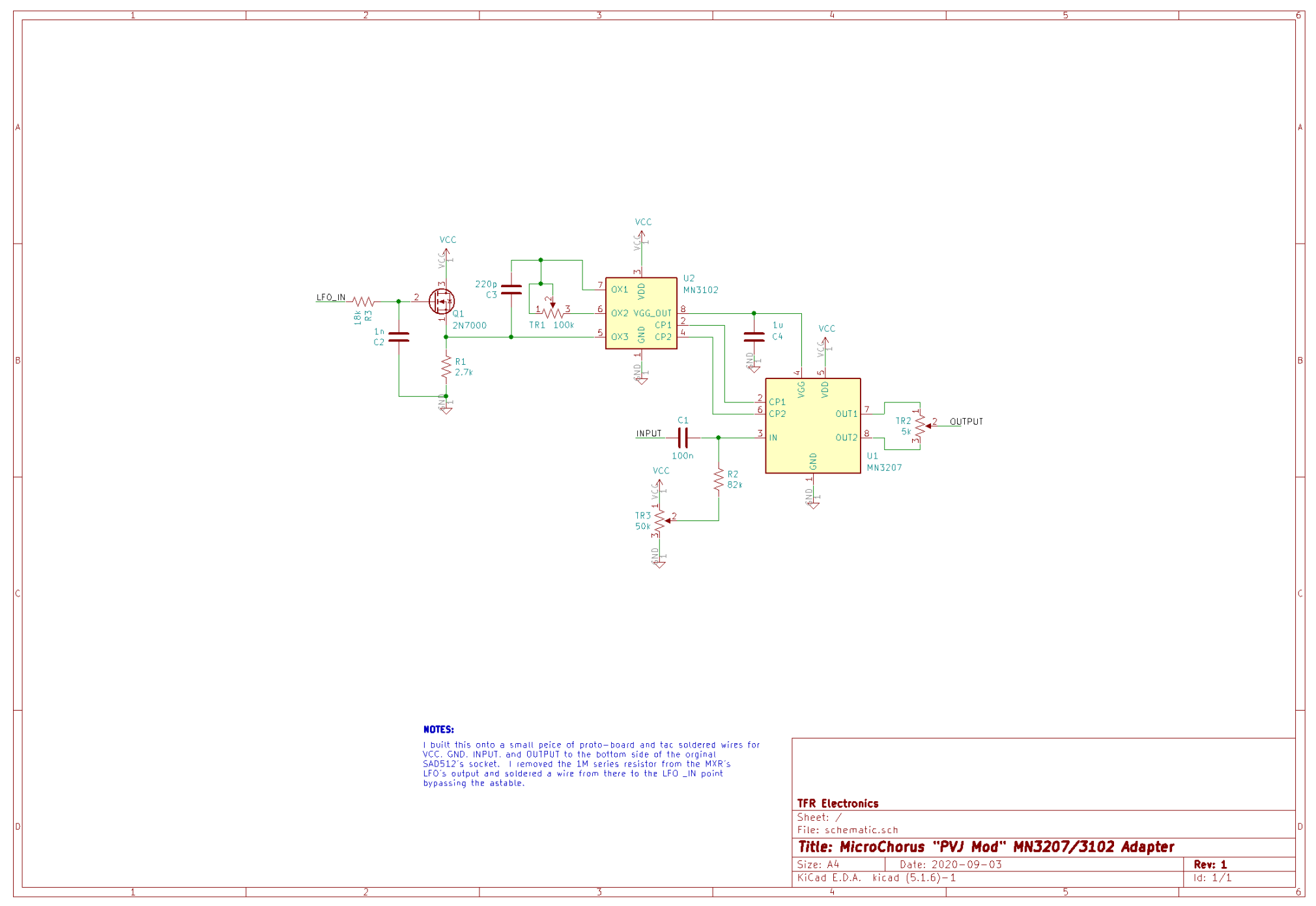 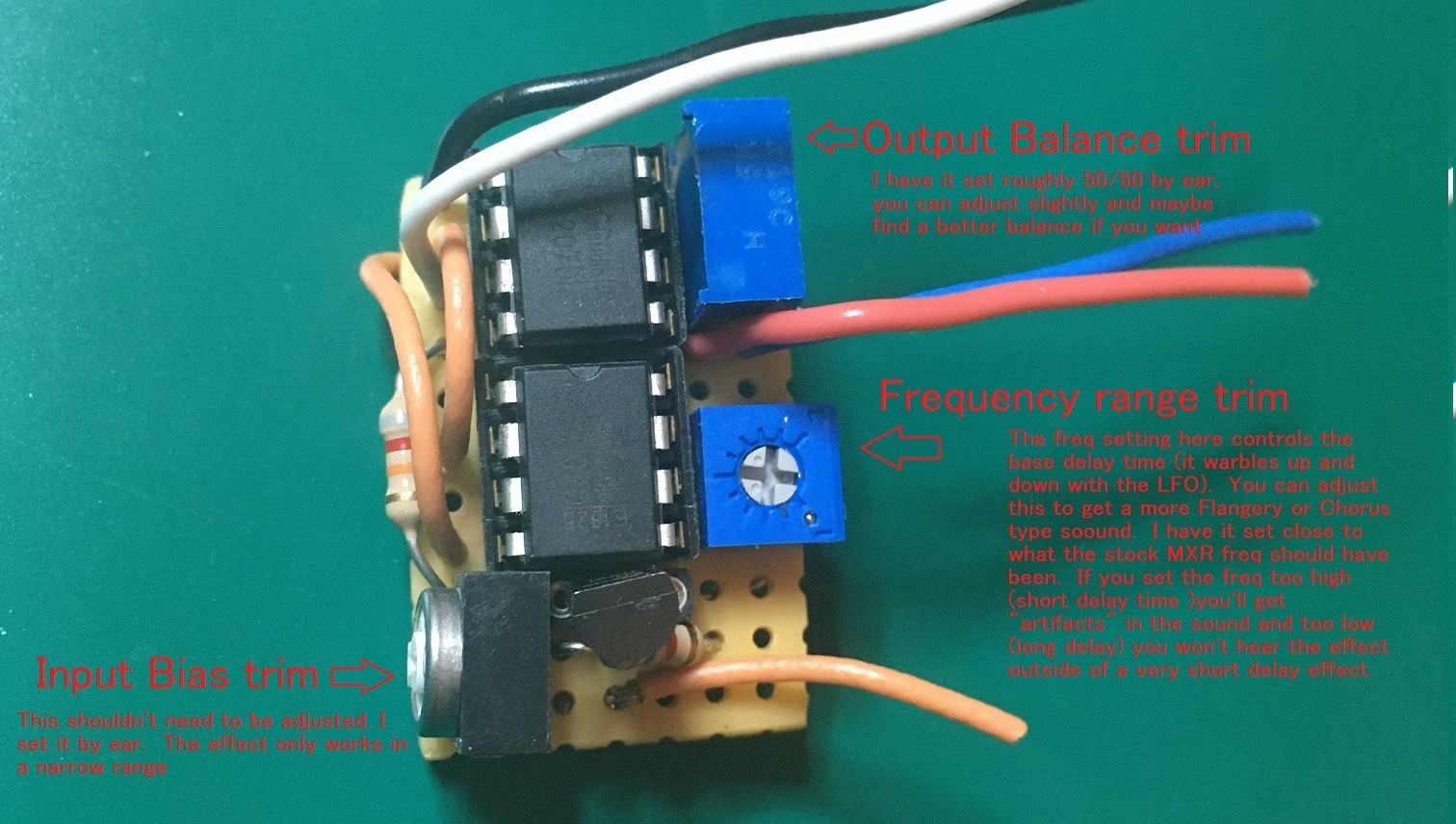